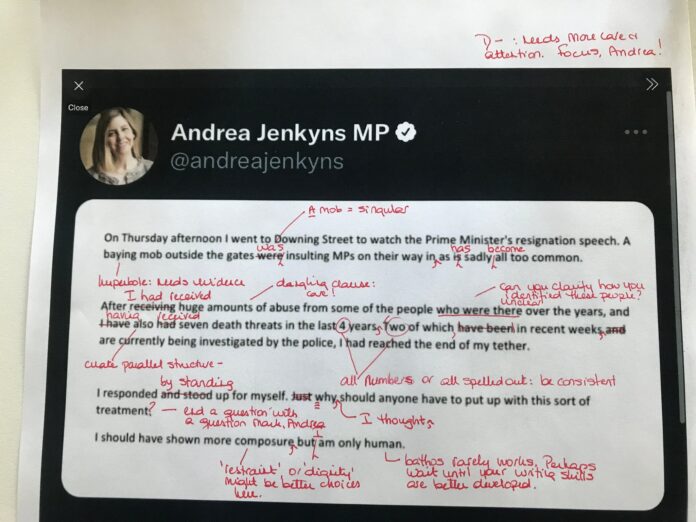 This week, Andrea Jenkyns was made the new minister for Education. She stuck up her middle finger to the public and journalists who were nearby. Explaining her outburst and contempt shown for the British public, Andrea blamed it on abuse and death threats she had received over the years.

An English teacher corrected the post made by the new minister for education (corrections can be seen in above image). 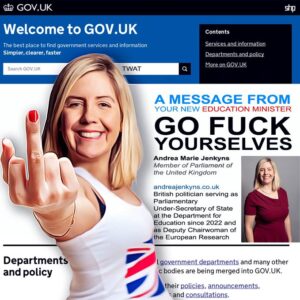 So here we have it folks! Not only does this show the absolute contempt the Conservatives have for the British public. An education minister flicking her middle finger followed by a very poorly written response which clearly showed the new education minister is lacking in education herself, this is shown from the multitude of corrections.

The life of Boris Johnson – showing his lies, tyrrany, sexist,...

The Tories have always borrowed more than Labour, and always repaid...

This network is non profit. No ads! Helping to empower communities through hyperlocal citizen journalism.